There are a couple of great exhibitions taking place at Central Library Peterborough.

The 43 NZ authors exhibition features portrait photographs of 43 New Zealand authors and words by them. It included Eleanor Catton, Dylan Horrocks, and Elizabeth Knox. The authors were photographed by Maja Moritz in 2012. Check out the photographic part of the exhibition online.

Christmas Cards, Army Kit and Uniform from WW1 is a display of the uniforms and equipment used by the pre-war Territorial Force, and by New Zealand soldiers when they landed in Gallipoli in April 2015. These include badges, a dress jacket, ammunition pouch, groundsheet and putties. The display also includes a number of cards, including Christmas cards, sent to and from the soldiers in the early years of WW1.

Also on offer across the road:

There is a Mac's Coffee nearby on the corner of Colombo and Peterborough Streets (822 Colombo Street). Hours are 8am to 3pm, as well as Saturdays at the Art Central Market from 10am until 3 or 4pm. 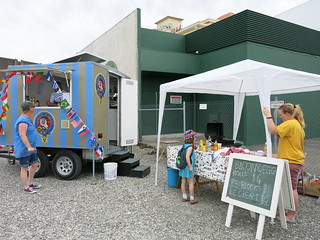 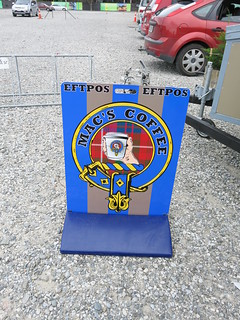 There is a market on Saturdays from 10am to 4pm across the road from Central Library Peterborough at 100 Peterborough Street.

The Arts Central Gallery is open every day from 10am to 5pm.

You might also spot the rather splendid coffee cup giraffe ... 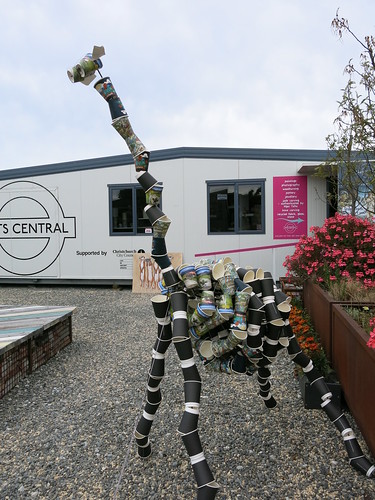