This page features extracts from a recorded interview with George Tikao speaking about Ōnuku Marae. 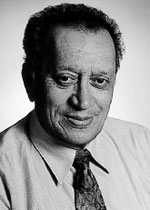 George W. Tikao served for many years as the Chairman of Ōnuku Rūnanga. Ōnuku is the birthplace of his mother. His whānau later lived at the kāinga opposite Akaroa called Ōpukutahi. He grew up at Lyttelton and spent time at Ōnuku as a child and teenager. Whānau asked him to return to Ōnuku to help support the development of the marae especially the building of the wharenui, Karaweko. He served as the Ōnuku Rūnanga representative on the Te Rūnanga o Ngāi Tahu table for many years until his retirement.

Ōnuku Marae is a five kilometre meandering drive from the Akaroa township towards the heads of Akaroa Harbour. The marae emerges suddenly at the roadside, glimpsed through a fringe of harakeke. The craggy peak Ōteauheke rises up behind the marae that sits at an angle to the lapping shoreline of the harbour. Ōnuku Marae is home to the hapū of Ngāi Tarewa and Ngāti Irakēhu. Irakēhu was the mother of many of the hapū and pā in the Horomaka (Banks Peninsula) area.

Aspects of the land around Ōnuku Marae

Akaroa harbour is of great significance as a mahinga kai — its waters traditionally provided the primary sustenance for the people of Ōnuku.The rim of hills and peaks that look down upon Akaroa’s waters evoke many important histories. Directly across the harbour from Ōnuku Marae stands the distinctive Tuhiraki (Mt Bossu). This peak is said to have been formed when the Ngāi Tahu explorer Rākaihautū thrust his kō (digging stick) into Horomaka after using it to dig out all the principal lakes of Te Wai Pounamu including nearby Te Roto o Wairewa and Te Waihora.

At the shallow head of the harbour between Barry’s Bay and Duvauchelle lies the once fortified Ngāi Tahu pā, Ōnawe. The distinctive whale-shaped peninsula that juts out into the water was the site of a bloody massacre when it was invaded by the Ngāti Toa chief, Te Rauparaha in 1830. The Ngāi Tahu fighting chief Tāngatahara led the unsuccessful defence of Ōnawe but later helped to drive Te Rauparaha from the South Island.

Aspects of the land around Ōnuku Marae

Ōnuku is a place of historical significance as the first of the three locations (the others being Ōtakou and Ruapuke) in the South Island where Te Tiriti o Waitangi was signed. Two local chiefs, Iwikau and John Love (Hone) Tikao signed the Treaty at Ōnuku. Ōnuku Marae was fittingly, the site where in 1998, the then Prime Minister Jenny Shipley presented the Crown Apology to Ngāi Tahu — the final stage in the settlement of Te Kerēme (the Ngāi Tahu Claim).

Takapūneke (Red House Bay) which lies between Akaroa and Ōnuku is a place of immense significance in the story of Te Tiriti. Takapūneke was the home of the Ngāi Tahu Upoko Ariki (Paramount Chief) Te Maiharanui. On 6 November 1830, Te Rauparaha captured Te Maiharanui by deception and then raided and destroyed his kāinga at Takapūneke. Te Rauparaha was aided by a British ship’s captain, Captain Stewart of the Brig Elizabeth.

When British authorities learned of Stewart’s involvement in the massacre at Takapūneke they were appalled at the anarchic state of affairs in New Zealand. As a direct result of British concern at the Takapūneke incident, James Busby was sent to New Zealand as ‘British Resident’ in 1833. Thus began the British intervention that would culminate in the signing of Te Tiriti o Waitangi seven years later.

Māori and Pākehā at Ōnuku

Effects of the loss of the land

Takapūneke was a centre for trade between Māori and visiting Europeans in the earliest days of European contact. In the 1800s, whalers and other traders visited Akaroa to replenish necessary supplies, especially food. Much of the land was cultivated in farmland and there was trade in timber, food and flax. Following Te Rauparaha’s attacks on Takapūneke and later Ōnawe, survivors sought refuge at Ōnuku and cultivated the land there.

French settlement of the Akaroa area and the later claiming of the land by the English had devastating consequences for local Māori. Confiscation of their lands removed their ability to cultivate food and thus to trade. Māori had no option but to take jobs working for the newly arrived European settlers who were establishing farms on what had been Māori land.

Effects of the loss of the land

Some Ōnuku Māori still do not believe that they have been duly compensated for the mass appropriation of their lands. Court action in the mid 1800s led to a Native Reserve being set aside at Ōnuku in 1856. Lands were also returned at Ōpukutahi on the opposite side of the harbour near Wainui. The returning of lands at locations some distance from the Akaroa centre seemed a deliberate act to keep Māori away from the primary area of European settlement this, despite the fact that the entire Akaroa area had once belonged to Māori. European farmers owned the other adjacent lands at Ōnuku and by the late 19th century, over 100 people Māori and Pākehā lived there. At this time, Ōnuku had become the most important Māori kāinga on the Akaroa side of the harbour. Māori and Pākehā have lived alongside each other in the Ōnuku area for over 150 years.

A wharekai was built at Ōnuku and officially opened in 1990 during Centenary celebrations of the signing of Te Tiriti o Waitangi. For Henare Robinson (who was the head of Ōnuku Rūnanga at that time) and many others, the opening of the wharekai was the beginning of the fulfilment of a dream to build a whare tūpuna at Ōnuku. Robinson named the wharekai after the inspirational taua, Amiria Puhirere who was loved and admired by generations of Ōnuku whānau. Amiria Puhirere was the daughter of Mere Whariu and Karaweko. She was over 100 years old when she died in 1944.

A carving committee led by Pere Tainui was set up to research the whakapapa and history which would be represented in the whakairo of the house. Master carver Eric Korewha of Ngā Puhi was commissioned by Ōnuku Rūnanga to carve the wharenui. Carvers Simon Rogers, Hono Fleming, Hone Taiapa and Carl Wards worked with Korewha to craft whakairo out of West Coast tōtara. Four years were spent on the project and every Māori of Ngāi Tahu descent can trace their ancestry to the tūpuna represented in the carvings. The Ngāi Tahu paramount chief Te Maiharanui is the tekoteko standing atop the house with shining eyes. His wife Te Whe and daughter Roimata are represented in the pare sited at the entrance to the house, a traditional place for leading women of the tribe to be displayed.

Ngāi Tahu weaver Cath Brown of Taumutu led a core group of weavers from Ōnuku and many other marae in making the tukutuku panels for the interior of the house. The hues of the tukutuku — olive green, black and gold, mirror the colours found in the Ōnuku landscape. The pātiki (flounder) shape was chosen as the principal design feature for the work because it is the major sustainable ika (fish) of the peninsula area. Ōnuku Ngāi Tahu worked with the support of whānau from other hapū to complete panels which feature the distinct colours and symbols of each contributing marae.

The whare tūpuna was blessed and opened at dawn on February 5 1997. A Treaty Festival took place over the following days in commemoration of 157 years passing since the signing of Te Tiriti o Waitangi. The whare tūpuna was named Karaweko after the Ngāi Tarewa chief. As a youth, Karaweko was among those taken prisoner by Te Rauparaha at Takapūneke. Karaweko later returned to the peninsula to take up his role as chief of Ōnuku. ‘Big William’ as he was known became well known as a builder of waka.

Etchings completed by Meryon, a French artist, show the existence of a wharenui and pātaka (storehouse) in the Akaroa area in the past. Today, Karaweko is the only fully carved whare tūpuna on Horomaka and the first carved house to be built in the area for over a hundred years.

Across the road from the marae, the red and white historic Whare Karakia o Ōnuku gleams against the green hillside and harbour. The foundation stone for the whare karakia was laid in 1876 and the building officially opened in 1878 as the first non-denominational church in New Zealand. The opening was attended by many including Māori from iwi all over New Zealand. Intended as a place of worship for Māori and Pākehā, the church drew the two communities together.

In 1939 the whare karakia was restored to its original state in time for an Akaroa Centenary Service in 1940 that was attended by over 1000 people. A new fence was erected in 1976, and in 1997 the poupou Tumuki was placed at the side of the church. Tumuki was a koha from Te Wai Pounamu Old Girls Association and was carved by Pere Tainui.

A Native school was built at Ōnuku in 1880 that was to be the place of learning for successive generations of Ōnuku whānau. Although the school buildings no longer exist, the school house survives today and is now privately owned. 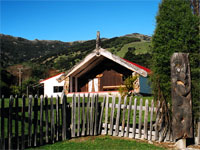 Today the marae is booked for use for eight to nine months of the year. Its peaceful location and idyllic surroundings away from the city make it ideal for meetings and conferences. Every second weekend the marae is reserved for use by Ōnuku whānau. There are plans underway to upgrade the facilities of this popular marae complex to serve the people of Ngāi Tarewa into the future.