Last night, the WORD Christchurch Shifting Points of View at the Christchurch Arts Festival featured a discussion session with hugely influential author and thinker - Peter Singer. The discussion centred around a variety of topical ethical issues, but also those traversed in his most recent book The Most Good You Can Do - How Effective Altruism Is Changing Ideas About Living Ethically.

The Most Good You Can Do

It was a stimulating and funny evening with the discussion lubricated cleverly by chair Eric Crampton (Head of Research at the New Zealand Initiative in Wellington), who also provided some interesting insights and witticisms. You can read Charlie Gates take in The Press: Top philosopher Peter Singer says take more Syrian refugees and help Lebanon.

Peter Singer is perhaps one of the most polarizing philosophers of our time. His radical views and ideas have provoked many with inflammatory pro-abortion remarks and animal rights activism. However, Professor Singer spends lots of time at Princeton University, where he works in the field of bioethics and "practical ethics", which wrestle with the diverse ethical and moral implications of reproductive rights, animal rights, genetic engineering and other bio-medical advances. So he's pretty brainy.

That's where Effective Altruism comes in. A movement Peter Singer promotes. Effective Altruism is an international social movement concerned with charitable works, and seeks to fuse "global empathy" with "critical thinking" so as to enable us citizens of the Earth to ascertain the most "effective ways to improve the world", and therefore, enhance the way we give.

Mr Singer discussed the dilemmas we face as charitable givers, and how we are often emotionally compelled to favour certain charitable efforts over others (emotive advertising campaigns etc). This is despite the fact that some charities are arguably more deserving, or more productive than others. The questions of "how to give and who to give to" often stifles people who are prepared to help financially, for example, should we give to programmes abroad, or, does "charity start at home"? Is it better to directly help feed starving children in developing countries, or, do we give to biotech' programmes which conduct research into crop enhancement, which could potentially feed and save millions? 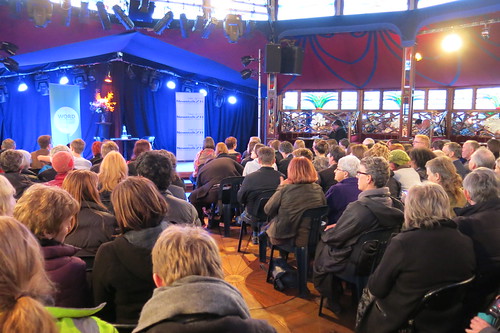 The discussion at the festival had a distinctly globalized feel, as most subjects traversed were generally pegged to a broader global context. This is reflected in his book, which tries to determine the areas of greatest need and deprivation in the world. Therefore, when we consider the world and all its problems in its entirety, it seems that as global citizens the greatest good we could do is probably in Africa and developing countries where things are the most dire. These notions of global giving are quite challenging in light of various domestic issues.

Interestingly, Singer concedes that the works of charitable organizations are tricky to measure because the services they provide might be preventative, therefore, it's hard to prove a service prevented (or failed to prevent) something which "otherwise WOULD have happened". It was also pointed out that determining the success (the greatest good) that non-governmental organisations achieve is almost impossible in certain environments where one would have to randomly visit, for example, 200 villages scattered across a region of continental Africa so as to gauge how well an NGO is doing on average. There are many cultural and political variables which determine outcome.

Ultimately, the guidance of Peter Singer, and the Effective Altruism movement is pretty awesome, as it's easy to get emotionally coerced into supporting any old venture in our ever changing, needy world. 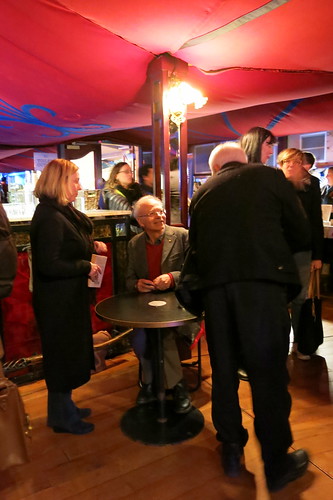 Julia Markovits (Cornell University) gives an introduction to the moral theory of utilitarianism. Utilitarianism is the view that the right moral action is the one that maximizes happiness for all.

The History of Utilitarianism, Stanford Encyclopedia of Philosophy
You can catch up with our posts & pics: