Fancy a walk up to Te Heru-o-Kahukura? Or a cycle over Pukeatua? You might not know these names yet, but you’ve probably visited the places. These names are just two of thirteen te reo place names around Horomaka/Banks Peninsula officially restored and given the same legal status as the European names that were later also given to them.

The names reference Horomaka stories and history. At the announcement Ngāi Tahu kaumātua Tā Tipene O’Regan said: “The way of holding our place in the land and in our memory is in our place names.”

One story about Te Moenga-o-Wheke / The Tors, is that Wheke, son of Te Rakiwhakaputa (a rangatira toa) searched the hills around Lyttelton Harbour/Whakaraupō for Ngāti Māmoe refugees. He made camping places as he searched, and one was Te Moenga-o-Wheke – the Sleeping Place of Wheke. The hapū at Rāpaki, Te Hapū o Ngāti Wheke, are named for him and this place name is well-known to them.

For more information about the history and names of our local landscape prior to colonial settlement, take a look at the Library’s great online resource, Tī Kōuka Whenua as well as the Ngāi Tahu online atlas, Kā Huru Manu.

As a Te wiki o te reo Māori challenge, why not try and memorize the dual names of some of the places you know best? 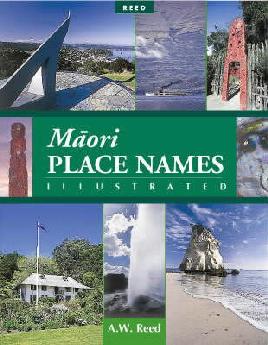