Hundreds of years of passing on traditions, skills, arts and crafts has resulted in the rich Māori culture that is a fundamental part of New Zealand life today. This page has resources about traditional Māori arts such as whakairo (carving) and raranga (weaving).

The evidence of this craftsmanship is everywhere in the beautiful whare whakairo (carved meeting houses) and the skillfully designed Māori crafts.

With no written language of their own, pre-European Māori passed on knowledge orally through story, waiata (song) and whakapapa (genealogy).  Māori also transferred and preserved knowledge through their art, in carvings and weaving using natural resources such as harakeke (NZ Flax), wood, bone, shell and pounamu (NZ Jade).

These artefacts were handed down through generations of tribal elders and became taonga (sacred objects or treasures).

There are three main forms of Māori carving using either wood, bone or pounamu.

Intricate wood carvings can be found on meeting houses and marae throughout the country, created by (tohunga whakairo) master carvers. The carvings tell each tribe’s story and tales of important historical ancestors and events. Wood carving is also used to create waka (canoes), certain weapons and musical instruments.

Bone carving (traditionally from whale bone, but nowadays from beef bone) is another important art form. Bone carvings are mainly used for jewellery and specific shapes are used to symbolise certain things and many of the same shapes are used in the carving of pounamu (New Zealand jade). 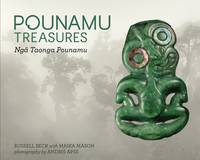 Kōwhaiwhai designs involve a fair amount of mathematical precision, they use symmetry, rotation and reflection. The most basic design element in kōwhaiwhai is the koru or pītau, and the kape - crescent. The design process elaborates on these motifs to produce the scroll patterns.

Colours used in kōwhaiwhai are traditonally red, black and white. These were made using natural pigments like iron-rich powdered stone for red, charcoal for black, and white clay for white, mixed with shark oil to produce the paint. Kōwhaiwhai in contemporary art makes use of many other colours and materials. 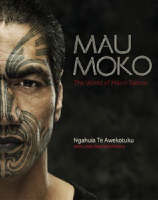 Tā moko is the name for Māori tattooing and its associated tikanga/practices. Traditional tā moko used uhi – a traditional bone chisel with a mixture of natural dye. Over time, the bone uhi was replaced with a needle uhi and finally a tattoo gun and ink. In recent times some Kaitā (tā moko practitioners) have revived the use of the bone uhi.

Kirituhi is another form of tā moko. It is a Māori style tattoo either made by a non-Māori tattooer, or made for a non-Māori wearer. Kirituhi has mana/authority and/or prestige of its own and is a design telling the unique story of the wearer in the visual language of Māori art and design. Kiri means ‘skin’, and tuhi means ‘to write, draw, record, adorn or decorate with painting’.

Māori also used raranga (weaving) to pass on stories and history. The first Polynesians brought the art of weaving and plaiting to New Zealand. Weaving techniques were adapted to suit the climate. The main weaving resource used was Harakeke - New Zealand flax (phormium tenax).  Harakeke is still used to make baskets, floor mats, piupiu (a form of skirt), cloaks, and ropes. There are more than fifty different varieties of Harakeke - New Zealand flax, and Māori know the advantages of each type of flax for its respective use. 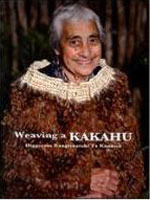