Mahinga kai is gathered and harvested seasonally throughout New Zealand. In the South Island, Kāi Tahu, the Māori tribe of the South Island, undertake these practices at certain times of the year. This usually takes place when the resource is plentiful, ripened and fat. Explore the Christchurch City Libraries mahinga kai web page for more information.

Not all mahinga kai are food resources. Some resources are used to build, construct, weave and even preserve food. Use these resources to find out more about mahinga kai.

Pōhā are traditional food storage containers that are still used by the Metzger whānau / family of Kāi Tahu to preserve Tītī – Sooty Shearwater or Mutton-birds.  These birds are caught on the Moutere Tītī – Mutton-bird Islands that mainly lie south of Rakiura / Stewart Island.

Pōhā are made from rimurapa / brown bull kelp for the container, totara bark to protect the rimurapa, which is placed in a harakeke kete / NZ flax bag and laced together. Watch this video of Uncle Tiny Metzger of Kāi Tahu talking about and making pōhā on the mahinga kai webpage of Te Rūnanga o Ngāi Tahu. 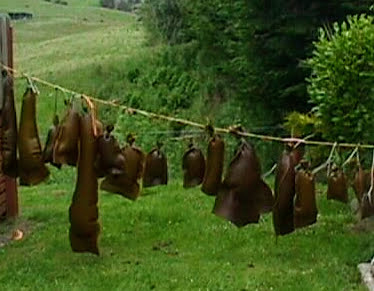 Mōkihi are mainly made from raupō / bull rush which grows along the banks of rivers, lakes, streams and in swampy areas. However, there are some are some made from korari / flax stalks.  Bundles of material are tied together tightly by rope or harakeke / flax to form the raft.

Mōkihi are different to boats as mōkihi sit in the water where boats sit on the water.  They are moved either by a long pole used to punt or push the mōkihi or with a paddle. Mōkihi were once used to bring goods from one area to another like we use boats, trucks and trains. They were also used to heard ducks, a net would be strung between two mōkihi and the ducks were gently herded to the bank where they could be gathered. 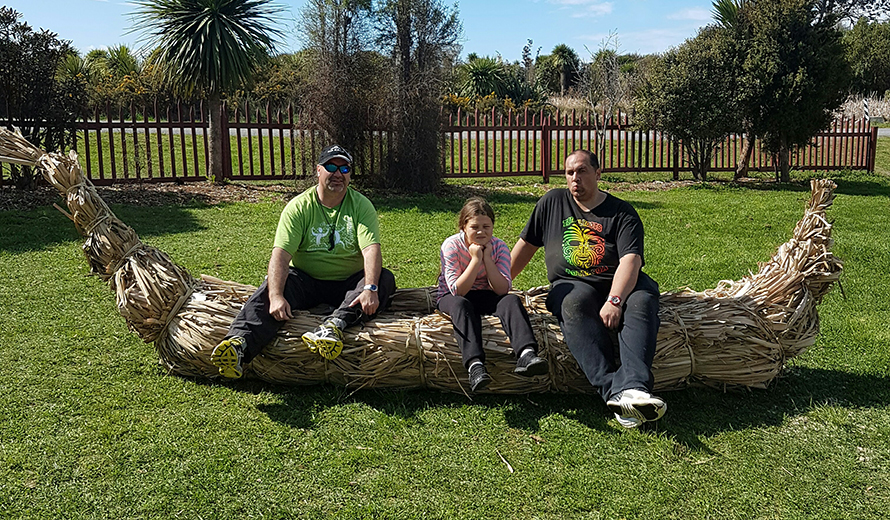 To learn more about mōkihi, watch this video of Joe Wakefield of Kāi Tahu whānui talking about and making mōkihi from the mahinga kai webpage of Te Rūnanga o Ngāi Tahu. 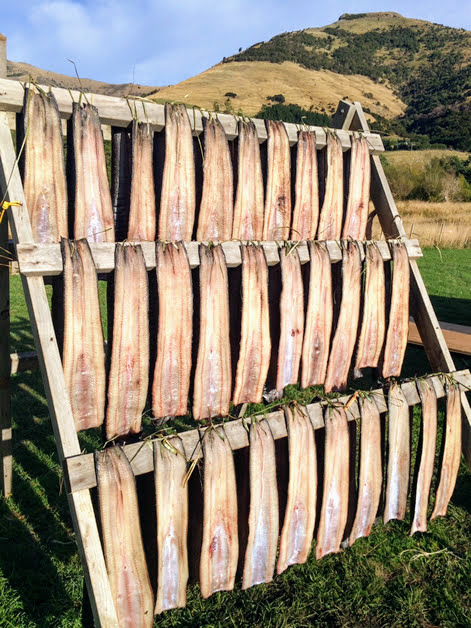 Tuna is the Māori word for eel. Tuna are found in most lakes and rivers of Te Waipounamu / South Island. Kāti Makō, Kāti Irakehu have caught tuna for generations at Poranui near Wairewa / Lake Forsyth on Te Pātaka o Rākaihautū / Banks Peninsula.  Where other areas use hīnaki / eel pot or a net to catch their tuna, Kāti Irakehu use a pīhuka or gaff and manmade drains to catch theirs.

Tuna are caught seasonally at Poranui at a time known as the ‘Tuna Heke’ – Tuna migration when mature Tuna travel to the sea to migrate to their breeding grounds in the Pacific. This is usually from February to April each year.

The time of Whiro, the new moon is the best time to catch tuna as they prefer nights with no moon to travel the waterways.  Kāti Irakehu normally preserve their Tuna through a process known as pāwhara – to dry tuna using salt as a preserving agent, but they are most famous for their smoked Tuna.

Inanga is the Māori name for Whitebait, it is also known as Inaka here in the South Island. This term is given to small young fish 25mm to 50mm that travel in schools / groups along the banks of rivers, lakes and streams of coastal New Zealand.  Some people call the small whitebait mārearea and inanga are the more mature species.  No matter what name you call them they are a much sought after delicacy. 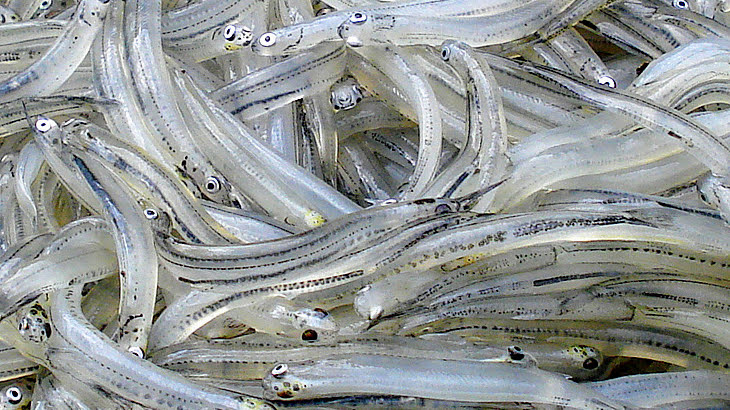 The inanga season – when people catch them, is usually in early spring. The whitebait season normally runs from mid-August till the end of November all over New Zealand except Te Tai Poutini / West Coast South Island where their season is from September to the end of November.

Inanga are caught with fine nets and/or screens that are placed in the tidal flow along the waters edge of rivers or lakes. The nets and screens cannot be fixed nor are you allowed to alter the river bank placing your net or screen. This webpage Whitebaiting from Te Ara – Encyclopaedia of New Zealand explains more about whitebait. There is also another webpage T.E.R.R.A.I.N that will tell you more about Inanga.

For more information watch this video of Paul Wilson of Kāti Mahaki speaking about Inaka in South Westland.